All Planes of the Boeing

Boeing 777X is the project of constructing a new generation of long-haul wide-body aircraft of the Boeing 777 family. The airliners should replace such popular models as Boeing 777-200 and Boeing 777-300 and also compete with Airbus A350 planes, the newest development by the European concern EADS.

The program intends to create two types of aircrafts – a longer Boeing 777-9 with 425 seats in business and economy class, and a shortened Boeing 777-8 capable of transporting 375 passengers. In case of the program’s success it is planned to develop an even bigger Boeing 777-10 which will accommodate 450 passengers.

New airliners will be bigger than their forerunners – models 777-200 and 777-300. They will feature modern engines GE9X specially designed by the American company General Electric. Wings will be made entirely of composite materials and folding wing tips will allow bigger planes of the Boeing 777X family to use the existing infrastructure in airports for airliners Boeing 777-300 (aircrafts parking places). In addition to that modern technological solutions previously used for Boeing 787 will be applied to equipping the passenger cabin – larger windows, soft lights, efficient usage of space.

Planes of the Boeing 777X Family 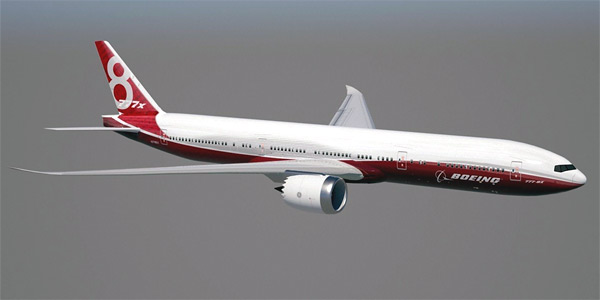 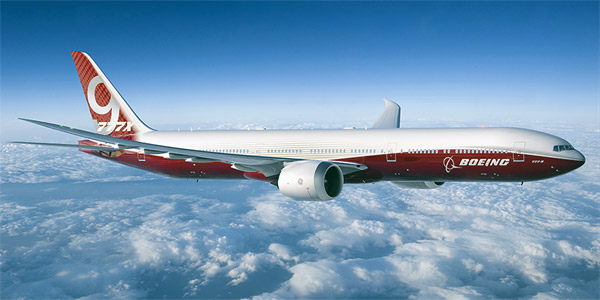 Boeing 777-10
A stretched version with two-class seating arrangement capable of accommodating up to 450 passengers.

⇒ See other commercial aircraft of the world
Airlines Inform - your guide to airlines all over the world.
Copyright © 2008-2022 www.airlines-inform.com. All rights reserved.
/commercial-aircraft/Boeing-777X.html 1 1 1