The Saab 340 is a regional, turboprop passenger aircraft, developed by the Swedish manufacturer SAAB in the early 1980s. Originally, the plane started out as a joint project between SAAB and a US company, Fairchild, and was known as the SF340. It made its first flight in 1983 and began making commercial runs the following year in 1984.

However, shortly thereafter Fairchild abandoned the venture and SAAB continued the project on its own, renaming the plane to the Saab 340A in the process. This compact aircraft, with a capacity of 30-36 people, became popular with many airline companies all around the world that needed aircraft of this size.

In 1989 a new version of the plane, the Saab 340B, was released to the market. It featured more powerful engines, improved vertical stabilizers and better noise insulation than its predecessor. The 340B became the most produced plane in the series.

Later evolution of the plane led to the Saab 2000, released in 1994, which had a longer fuselage that allowed it to sit up to 50 passengers, a larger wingspan and new, improved engines with six-bladed propellers. It became one the fastest turboprop planes in history. However, the appearance of new regional jets, such as the Bombardier CRJ and Embraer ERJ, took a large share of SAAB's market, and eventually led the company to shut down its passenger plane manufacture in 1999.

Planes of the SAAB family 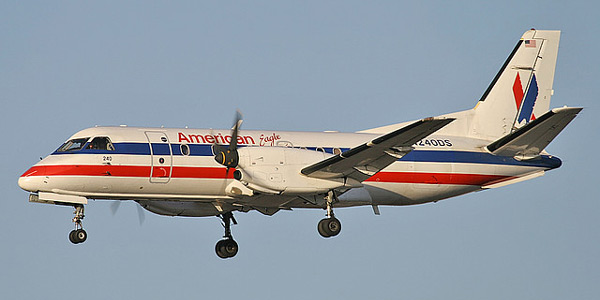 Saab 2000
An updated and elongated version of the 340, it can fit up to 50 passengers and has a greater top speed and range. 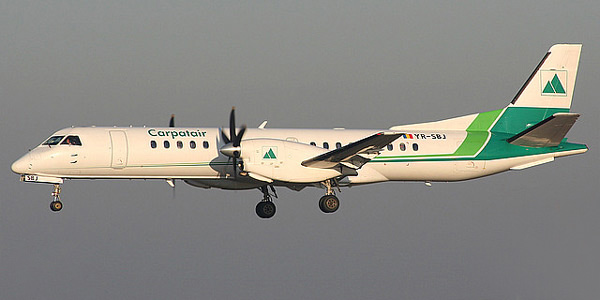 ⇒ See other commercial aircraft of the world
Airlines Inform - your guide to airlines all over the world.
Copyright © 2008-2022 www.airlines-inform.com. All rights reserved.
/commercial-aircraft/SAAB-family.html 1 1 1