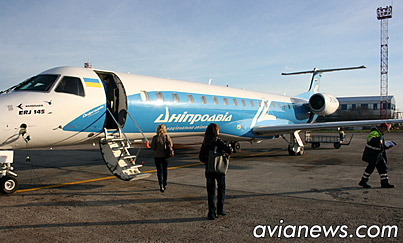 Dniproavia is currently pretty much the sole major airline that conducts flights within Ukraine, providing transportation between the country’s largest cities. For most domestic flights, Dniproavia uses the compact Embraer-145 regional jets.

The flight was a round trip flying Kiev—Lviv—Kiev in November 2010. Departure and arrival were scheduled at convenient times, making it possible to do the whole journey in one day if you were to fly to Lviv on the morning flight and return to Kiev by the evening flight.

Unfortunately, online booking was not available, and you weren’t allowed to choose seats. This means that in order to get the best choice of seating, you have to get to the airport well ahead of time.

In Kiev, Dniproavia flies from the Boryspil International Airport. Check-in for the flight went smoothly and there were no lines to speak of. The bus which was to take us to the plane arrived on time, but it took half an hour for all the passengers to get on board. As a result we only got to the plane five minutes before takeoff.

Below you can see the side of the Embraer-145 UR-DNA, used on the Kiev-Lviv flight. It is actually the very first Embraer jet adopted for service by Dniproavia. The machine is 12 years old but looked brand new on the outside; the interior showed some signs of wear. However, all in all, the cabin was in quite satisfactory condition. 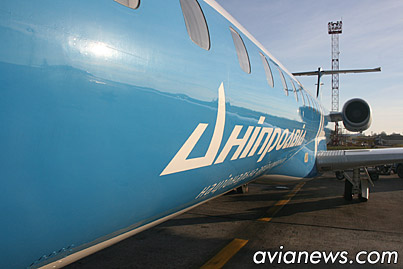 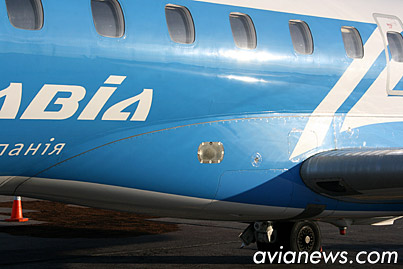 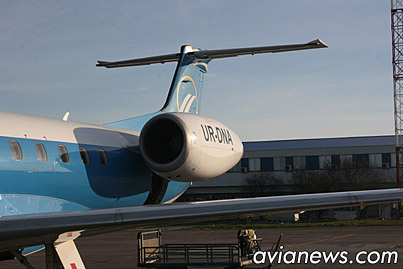 Leg room was somewhere between that of an Aerosvit Airlines or UIA Boeing-737 and a Wizz Air Airbus A320. Even though it’s on the small end of the spectrum when it comes to passenger jets, the Embraer-145 has ample storage room overhead to stow your carry-on luggage. 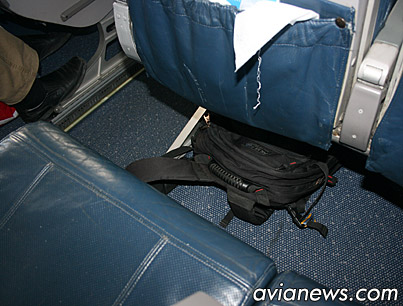 The windows of the plane are surprisingly large and give the passengers a good view. 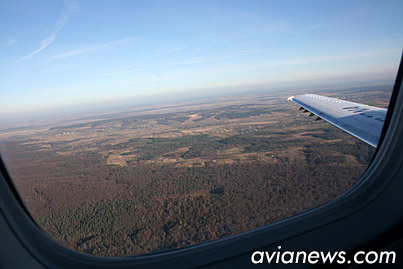 Out of 48 available seats, only 30 were occupied. Takeoff took place 15 minutes later than scheduled, but luckily the trip is only approximately 50 minutes long (rather than the official 90 minutes), and thus we arrived ahead of schedule despite the small setback. 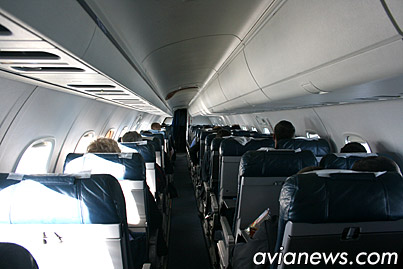 The cabin had pretty good soundproofing, and I barely felt the pressure change during takeoff and landing, probably due to the smooth rate of climb and descent. The touchdown was also very soft, and I offer full credit to the pilots.

There was only one flight attendant on the entire plane, but it only took 15 minutes to serve lunch and refreshments. During the trip, the captain would sometimes get on the intercom to update us on the progress of the flight.

Dniproavia’s onboard magazine is the Meridian, which is the same magazine as Aerosvit Airlines. There was a copy in the back of every seat. 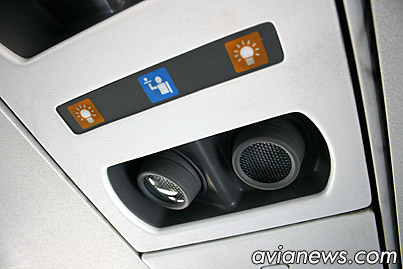 Dniproavia serves lunch during its flights. In the case of the Kiev-Lviv-Kiev trip this included mineral water, an assortment of juices, tea, coffee and sandwiches. For such a short flight this was more than enough. 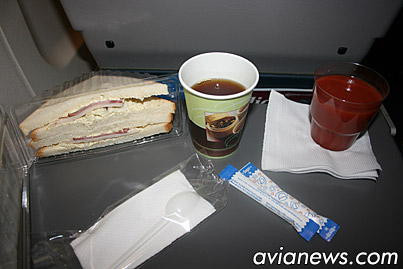 
Return Flight
Passengers should note that, although arrivals are processed in the main building of the Lviv airport, Dniproavia departures are processed in Sector 3, which is located in a smaller building to the right of the central terminal. 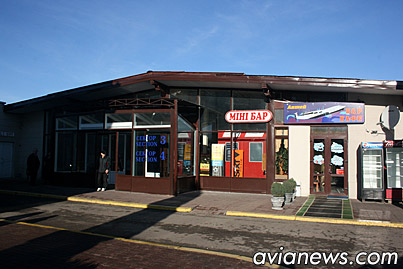 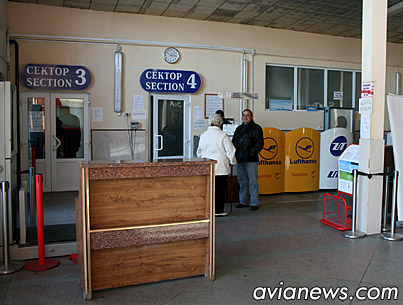 Boarding the plane in Lviv began as scheduled, and there were no delays during departure. We arrived at our destination a half-hour ahead of schedule. The return flight took place aboard Embraer-145 UR-DNU. It was completely full with all 48 seats taken.

During the journey the captain would sometimes get on the PA, and the evening meal was served by the sole flight attendant with the same speed and efficiency. 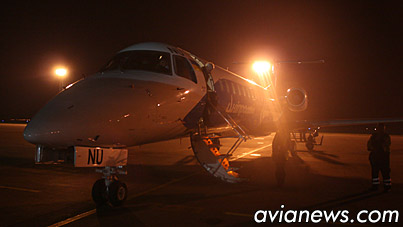 The choice of using small passenger jets allows Dniproavia to conduct frequent flights to destinations which normally do not attract many travelers. Travel times are fast too, with each flight lasting less than an hour.

The schedule is convenient for both the residents of Kiev and that of Lviv, allowing them to make a trip down to either city and come back the same day, whether it is for work or recreation.

In-flight service was very good, the staff was courteous and friendly.

Airlines Inform - your guide to airlines all over the world.
Copyright © 2008-2021 www.airlines-inform.com. All rights reserved.
/flight-reports/avianews-208.html 1 1 1